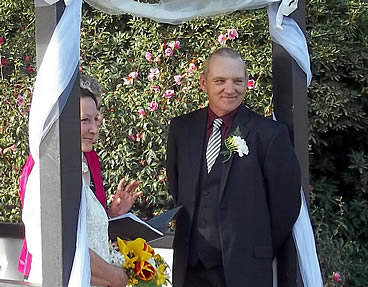 Hi there, I'm AJ and this page is all about me! So where to start, at the beginning I suppose.

I have been obsessed with computers ever since I got to play with a Commodore 64, which was one of the first home computers in our area, nobody else that we knew had one. Endless nights spent sitting up playing with games and programs, learning Fortran (that was a very early programming language developed by IBM and has been around since before I was born).

Since those times things have progressed at a speed that few people could have predicted. I recall getting an early Dell home computer and an internet connection back in the mid 90's and telling friends that one day, everyone would have one of these. They laughed at that idea! My laptop ran windows 3.1 and I only had room for a few programs on it... if I wanted to install a new game or bit of software, I had to decide what to delete to make room for it. If I wanted to move files around, I had to use DOS to do that. But I could see THIS was going to be the future... and so it was.

I guess it's a bit of a disappointment to me that we have so much power and knowledge at our fingertips, and yet so many people use this power for nothing much more that posting selfies and pictures of cats on Facebook.

And So My Obsession With All Things COMPUTERIZED Began

These days, I specialize in web design, and related specialties.Mobile design holds a strong interest for me (I became involved with mobile well before it was ever fashionable to use words like "responsive" or "mobile friendly").

My skill-set is not limited to just design, I also work with UI and UX technologies, and I take any chance I can get to work with or learn new skills. For example, I am currently brushing up on my dot Net and VB programming languages. I don't have a need for it, I just enjoy learning new things even if they don't have an immediate practical application.

How Can I help You?

I am available through Sitesell Pros for anything related to (but not limited to)...

Hi AJ,
You did a fantastic job and we are very happy with your work!! We are very appreciative of the extra mile you took to make sure everything will be easier for next year!

Thanks for all of your hard work!!! It is such a pleasure working with you!
Laura

Hi AJ,
Massive thanks for all your work, I'm really happy with it. Thanks for your advice as well, adding an include to the header shouldn't be too hard and I'll watch out for those header and body tags in includes.

Thanks again and all the best.
Stuart